For a fair while now, countries round the world have been pulling their weight to impede the unruly and unbridled progress of cryptocurrencies. Many watchdogs, doomsayers and regulators have been seeking an active dialogue on cryptocurrencies.
Some have called for downright bans. Others, such as the Bank of England (BoE) have been more moderate in their demands but just as firm. Removing the lid on cryptocurrencies and providing everyone with a set of clear-cut rules so that transactions involving crypto assets may happen where everyone can see them.
It is time for everyone to act. Britain’s financial regulator will far not be the first watchdog to move in on cryptocurrencies. However, the Financial Conduct Authority (FCA) will offer an exhaustive account of the matter.
The FCA has pointed out that cryptocurrencies, as they stand, are of an increasing interest to regulators and watchdogs from around the city. Investors are already starting to cotton on, including George Soros’ family who are interested in the digital assets.
With this much interest, it is normal that people would want to participate in the overall bonanza that cryptocurrencies have revealed. The FCA has said that it would indeed seek help from BoE to collaborate and work on a common framework. More specifically, FCA argued that:
We will work with the Bank of England and the Treasury as part of a taskforce to develop thinking and publish a Discussion Paper later this year outlining our policy thinking on cryptocurrencies.
FCA involvement with cryptocurrency is definitely not a whim. The institution is also part of the Cryptoassets Task Force, which has been established in the United Kingdom this March. The role of the new star team, comprising BoE and FCA and the Treasury will seek to scout out workable ways to implement blockchain and cryptocurrencies.
However, blockchain as a technology has been less of a problem than, say, a mainstream cryptocurrency such as Bitcoin. With blockchain, businesses can reliable and quickly optimize their entire supply chain, slashing costs in the process. Cryptocurrencies, on the other hand, invite a fair amount of foul play and this should be taken with a pinch of salt.
The UK Chancellor of the Exchequer Philip Hammond has said that the fintech sector of the country must continue to grow and expand. However, this does involve the regulation of a murky and legal grey area at best part of it.
Across the United Kingdom, and Europe for that matter, the support to endorse fintech solutions is quite notable. The banking sector have long been fearing the simplification of their offers and many mainstream brands have refused to nurture start up companies that offer financial services.
The European Central Bank has obliged banks to start snapping up fintech companies and integrating the to their offer, making the transformation of the financial system as inevitable. With this in mind, the FCA will do well to audit cryptocurrencies and see if they are applicable to the whole system. Some estimate that digital money will exist under some form in the future.
The question remains what. Moreover, if they are to constitute the bulk of all money, should we maintain their status of an anonymous currency or should regulators pry them open and shed light on who is using them.
The argument that cryptocurrencies are useful stands. However, more importantly, their underpinning technology is what seems important in this case. With this in mind, it would be a tremendous help to see people collaborating in full in the hopes of creating a world where money transactions are more reliable and by extension – more secure.
Central banks are beginning to fitfully toy with the idea of issuing their own digital currency that will help institutions to navigate the industry well and not worry about the oncoming threat that alternatives cryptocurrencies may pose to the financial order.
With this in mind, a valid question should be asked – will crypto lovers agree to invest in a digital currency that has been issued by a central financial body. The fear that your identity will be looked into by a central body goes against the grain of crypto currencies. However, given the amount of risk involved in anonymous trading, it is not wise. Simply by knowing your name, a financial institution cannot access your body.
Conversely, it can prevent much of the foul play that has been going around in recent months. With so many risks ahead of everyone, it may be worth it to stay safe than sorry. 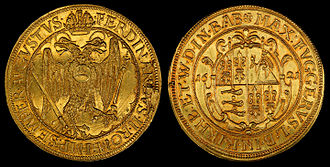