Deutsche Bank has become the latest official financial body to go hawkish on cryptocurrencies. Whether it is a matter of fear or well-founded fear is anyone’s guess. However, cryptocurrency well-wishers tend to be treading on somewhat thinner ice than the proponents of established financial practices are. With this in mind, it is understandable why the new actions taken against cryptocurrencies seem to reverberate well across the world.
Let us take a look at what has happened in recent months. First came the news that Dankse Bank, one of the best-known names in the banking sector across the Scandinavian region came out with a flat-out decision not to endorse any crypto trades using the banks’ platform. However, the bank still allows traders to deposit money that have been acquired through crypto trade, as long as the money have been taxed and cleared of any money-laundering suspicion.
However, the record of accomplishment of cryptocurrencies in recent months has not improved much. For starters, the Bank of Japan, the country’s central bank and financial authority, has issued a Q&A panel, warning citizens about the dangerous of cryptocurrencies and advising them against investing in the digital chunks of gold. This, however, is not the only institution that has assumed a cautious tone of voice about the future of cryptocurrencies.
Deutsche Bank has decided that the time has call for tougher rules on Bitcoin and the entire fraternity of elusive bits bad bobs of digital assets.
DB Financial Crime Head Philippe Vollot has been quite straightforward about the role cryptocurrencies take in today’s world of rampant cybercrime. Not only that but Bitcoin and the like are facilitating nefarious online undertakings.
Mr Vollot cautioned about the simple fact that cryptocurrencies remain largely elusive from authorities and without a clear regulatory framework it would be quite impossible to come up with efficient anti-money laundering practices are guarantee that transactions are not assisting thugs in their undertakings.
However, the suspicion that Bitcoin and affiliated cryptocurrencies have ushered in may give rise to something yet useful for the greater good of the system. Cryptocurrencies can serve as the backbone of cashless transactions in future.
Central banks are already toying with the ideas of issuing their own controlled crypto money, which can be monitored, regulated, and they are based on the same crypto technology that would make them difficult to falsify.
The great advance of QTUM, a cryptocurrency uniting Bitcoin’s blockchain and Ethereum’s smart contracts, may allow investors to explore great opportunities to kickstart their businesses.
Deutsche Bank joins the Bank of England as one of the institutions out there to insist for greater regulation in the sector. The advance of clear-cut rules for Bitcoin and other cryptocurrencies may actually help create a working pattern for digital money when they finally arrive.
In the meanwhile, however, watchdog, regulators, and central banks have a lot to do in the way of investigating ongoing transactions and try to come up with ways to oblige owners of cryptocurrencies to declare their assets.
A particularly difficult problem with the state of cryptocurrencies today so than they are treated as property more so than they are treated, as say, a viable exchange medium. In other words, you may not really be able to buy anything with most of the high-valued coins such as Dogecoin, but be rich in theory.
To make matters worse still, users of these cryptocurrencies will also have to pay taxes, whether they knew they had to or not. In simpler terms, people have been hoping that they could avoid taxation, and that is grossly unfair.
To accumulate hundreds of any given mainstream currency and try to contribute your fair share is not libertarian but it goes against the grain of establishing a functioning society.
All crypto owners have to declare their earnings and the government can decide what chunk of that should be contribute as taxes. Alternatively, watchdogs may choose to tax the assets in their respective assets, thus making the whole ordeal less painful. Precisely because people do not convert their crypto cash into FIAT money, they often struggle to foot the bill.
It may seem unfair as a person who is in for the big money, but it makes a perfect sense if you are a representative of the authorities and want everyone to do their fair share. 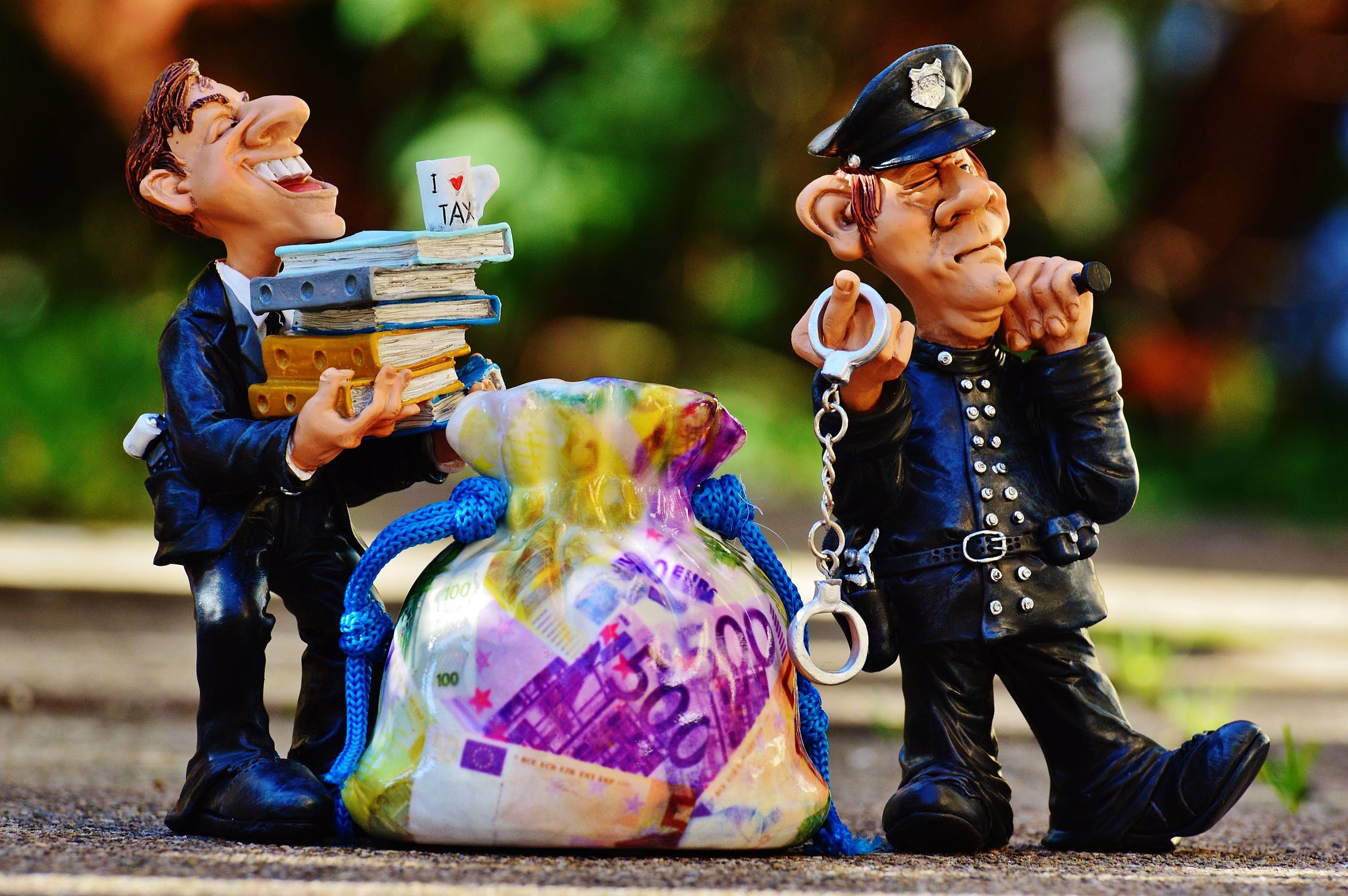