The New York attorney general, Eric Schneiderman, is now prepared to move in on cryptocurrencies and clamp down on some of the outlawed practices running there. On Tuesday, Mr Schneiderman announced that customers of such crypto exchanges lacked what he described as ‘basic facts’ about the nature of such places and how they operate in practice.
Mr Schneiderman explained that the investigation will aim to provide customers and investors in cryptocurrencies with a better understanding, but most importantly, better protection of the industry and any future transactions they may choose to carry out in cryptocurrencies.
He stressed the importance of ‘accountability and transparency’ when it came to any investment asset and most of all Bitcoin and the fraternity of cryptocurrencies in general.
Concerned about the general lack of knowledge regarding cryptocurrencies and the platforms they are usually traded on, he expressed the opinion that more regulation that is meaningful should be introduced to the sector in the hopes of laying the groundwork of a meaningful and sustainable future of crypto investment in the city.
Mr Schneiderman said that his office had already sent out letters to established crypto exchanges, including Coinbase and had requested full disclosure of their business dealings as well as reporting any potential conflict of interest the platforms may have.
Understanding cryptocurrencies goes well beyond the initial spontaneous instinct to throw money on something that, while potentially very profitable, has no guarantees or safety mechanisms put in place to prevent things from going awry.
Even though this is not even a state level legislative proceeding, what Mr Schneiderman is doing may well serve for a future legal framework for how coin exchanges ought to operate. More, it could serve to bring more regulators into the fold and also demand necessary information of operators and company who are crypto heavy.
Having a closer and clearer look on the industry and bringing all its players to accountability could be a boon to future legislation, users, and even companies in equal measures. If firms can operate their cryptocurrency having clear-cut rules to do so, it is quite likely that the future would be far more secure.
Knowing that things will not go awry also guarantees that customers will be far more inclined to invest in cryptocurrencies without necessarily having as many doubts. The intervention of courts and countries in cryptocurrencies is not without precedent, but every time a new case comes to fore, it is slightly different. With this in mind, it is difficult not to acknowledge the heavy regulation that has already been introduced in the industry.
Far from wanting to punish, the New York attorney general wants to create a meaningful and useful legal framework. Instead of stifling innovation, the attorney would much rather introduce a safety net for those who have made an unwise choice and followed a fad that could lead them to financial ruin.
Understanding the industry, of course, is up to the individual. However, the state and government, and in this case, attorney general can introduce a helpful guide to novices and help them get a foothold in the industry without making an unwise investment.
If you need example of an unwise investment, though, do consider the people who had taken mortgages on their homes to buy Bitcoin around the time when the cryptocurrency was steadily climbing and heading for $20,000.
Whether because of market elements or simply because crypto tokens tend to be quite the whimsical shifters, impervious to the known financial instruments, the value of the cryptocurrency collapsed quickly below $10,000 and headed for the frightening $6,000 mark.
However, the ups and down of the cryptocurrency are quite evident. Last Thursday for example, the most popular crypto token Bitcoin skyrocketed $1,000 which was quite the remarkable leap in the value of the cryptocurrency.
In order to stabilize the whole domain however, a new piece of legislation adapted to the mood-swings of cryptocurrencies will have to be adopted. More than ever, taxation should follow clear-cut rules that apply only to cryptocurrency and offer cryptoowners a chance to pay their due to the government.
But the move initiated by Mr Schneiderman has little to do regulating the industry in terms of the pricing of crypto assets. Rather, it inches closer to providing a secure and meaningful network for everyone to be able to participate in buying and trading without putting their information or financial data, or even assets, at a risk of theft and other nefarious activities. Ponzi schemes, for instance, have been quite commonplace and the number of people falling for one has been significant.
In conclusion, Mr Schneiderman’s crusade is not against innovation or digital currencies, but rather against the people who think they can exploit any weaknesses in the chink of this newly-buffed armor. 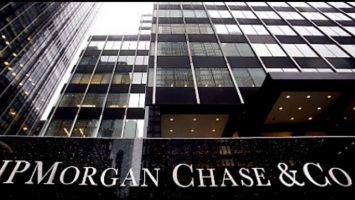